Tanjung Puting was the first place in Indonesia where an Orangutan Rehabilitation Centre was founded, Camp Leakey started in 1971, now a days there are three orangutan rehabilitation locations, Tanjung Harapan, Pondok Tanggui, and Camp Leakey. Tanjung Puting National Park at Central Kalimantan Indonesia Borneo Island has an unique Flora and Fauna, from coast featured mangroves swamps, and low-land rain forest, to dense jungle, and is the location to visit semi-wild and wild orangutans and other wildlife creatures in the middle of Borneo. 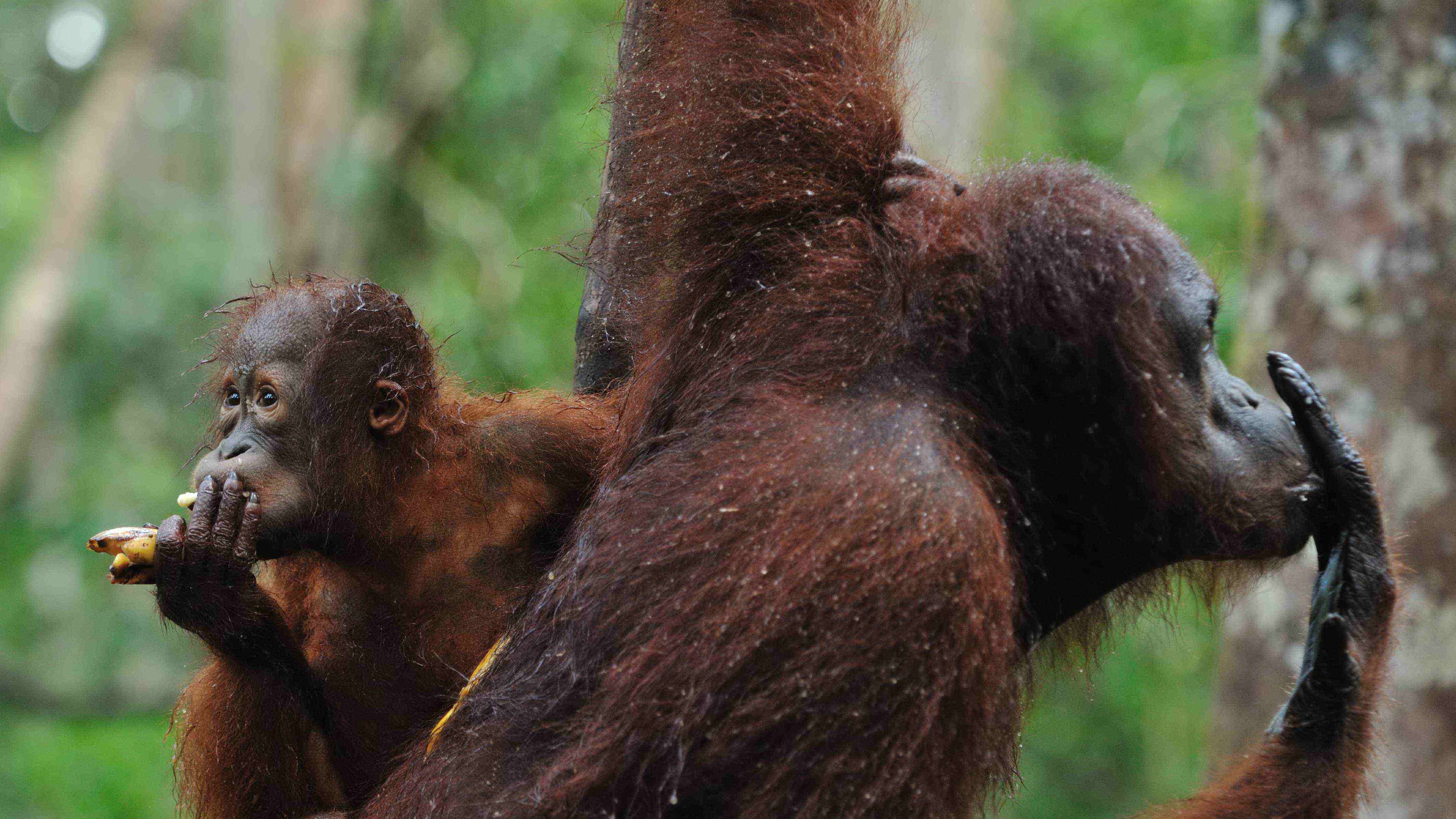 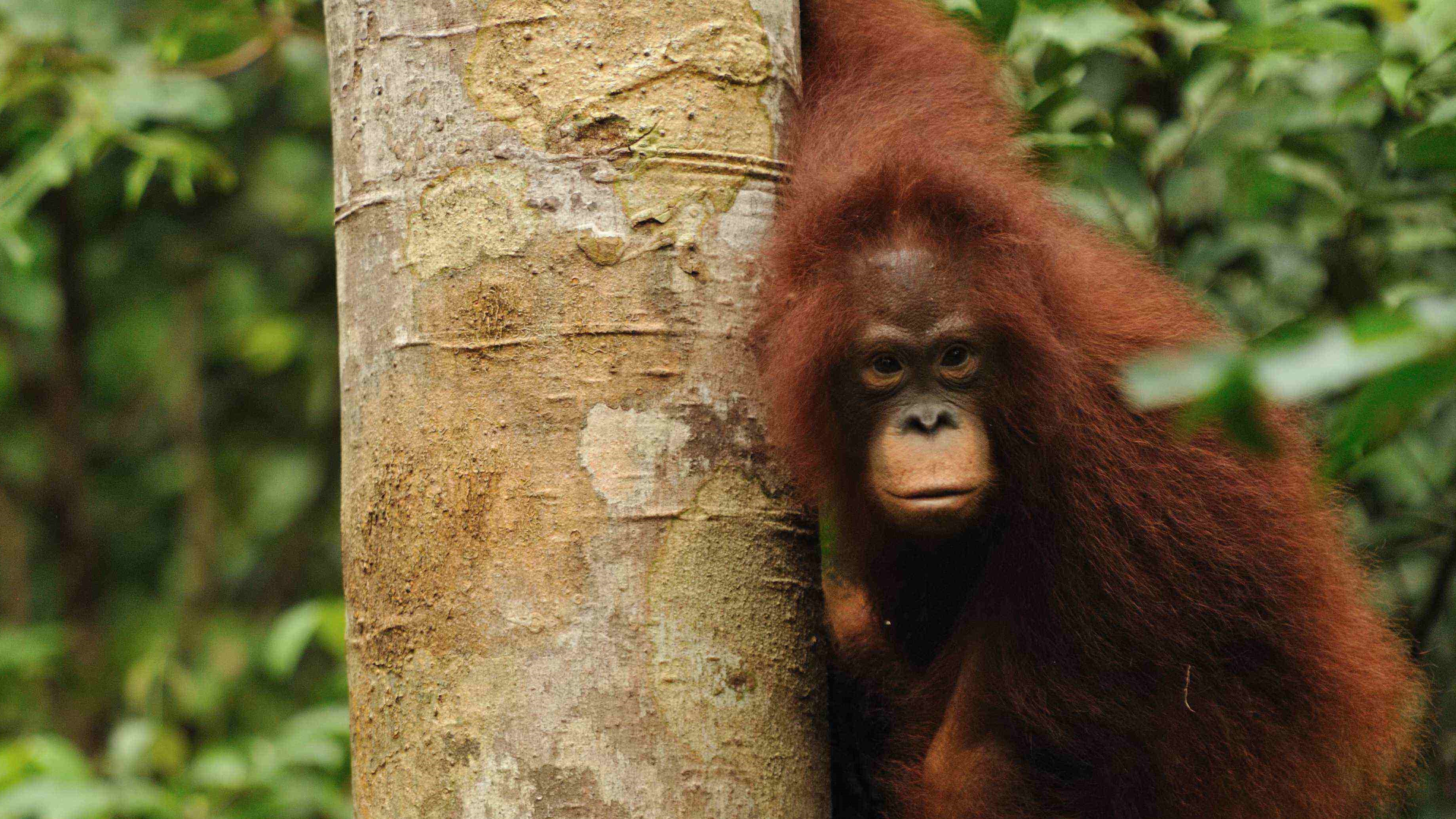 Berau known of it Derawan archipelago with beautiful snorkelling and dive spots around the islands Maratua, Kakaban and Sangalaki, has lot’s more to offer. Berau is a regency in East Kalimantan which has the highest occupancy of Orangutans in the vast untouched jungle of Borneo Island. With a short Jungle river cruise in to the vast Jungle of Kalimantan, to spot the Orangutans at Bawan Island, and a jungle trek. 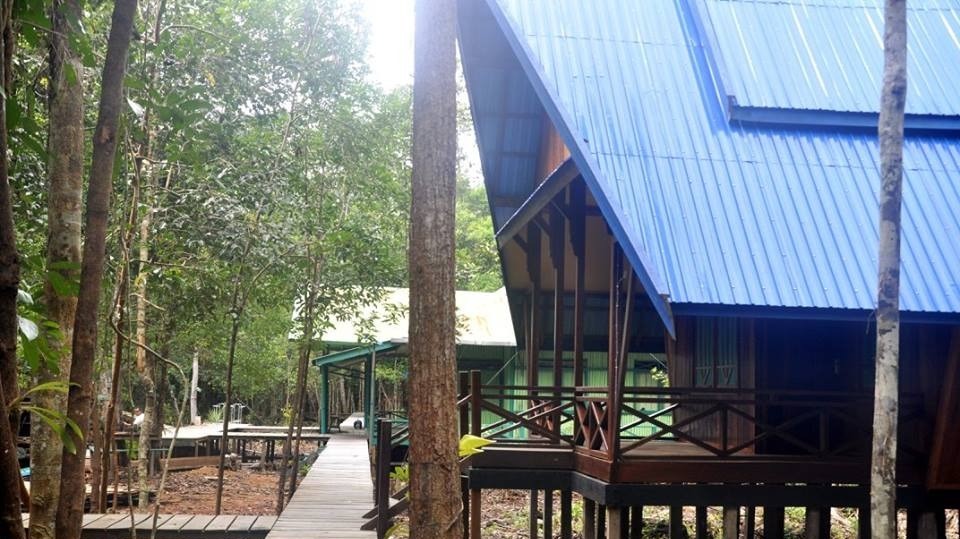 Sebangau Park in Central Kalimantan is located north of Palangkaraya, and is a wetland swamp and low land rain forest park, with lot of wildlife, as orangutan proboscis monkeys and birds, sailing the wetlands and rivers have great views, but also trekking the forest is amazing 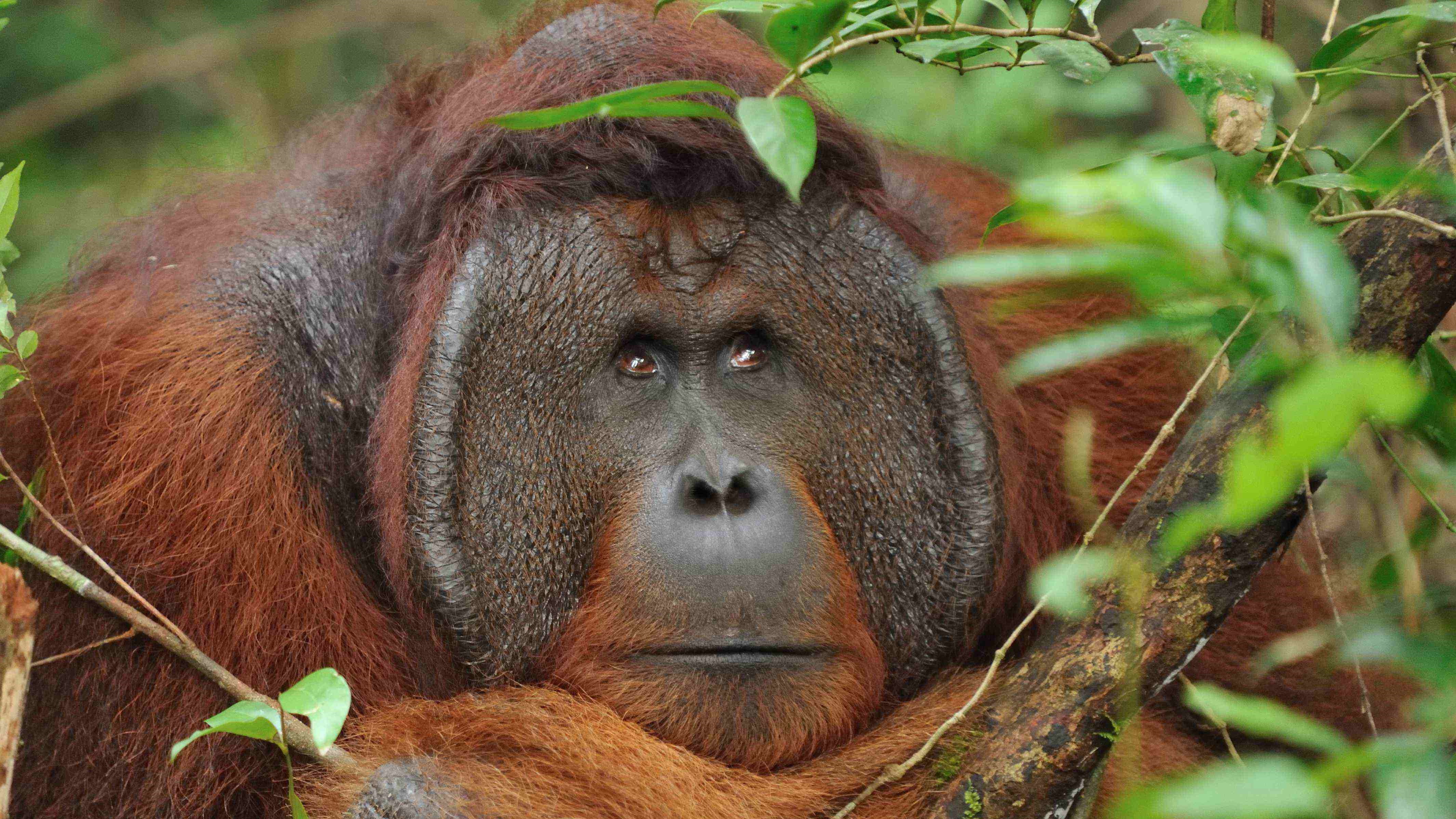 Orangutans are large apes which can be found at the islands Borneo and Sumatra. These large apes swing from tree to tree by using their arms (brachiating). Orangutan in Malay language means "human of the forest". The Orangutan population is decreasing and is in grave danger of extinction. The Expected population is less then 40.000 in the world.

Early 2009 a rare subspecies of the orangutan is found in the area of Kars East Kalimantan, this subspecies of Orangutan has black fur as a gorilla. The Black Bornean Orangutan or Pongo pygmaeus morio was found by scientists team of The Nature Conservancy in the mountainous area of East Borneo. While there is no exact number, and hard to detect the total population, the scientist team has estimated the Black Orangutan Population between 1000 to 2000 individuals. With this new detect subspecies, there are currently three species of orangutans; Pongo pygmaeus sp. (Bornean orangutan) and Pongo abelii (Sumatran orangutan) beside the Black Bornean Orangutan Pongo pygmaeus morio. Orangutans are critically endangered species in the world.

At Kalimantan there are several National Parks where Orangutans can be spot “easily”. Tanjung Putting National Park, at Central Kalimantan, here you can find them around Camp Leakey Rehabilitation Centre, Here they are the most easily to spot, as they are common with humans, feeding could be done.
This is different with Kutai National Park at East Kalimantan, where they live much more wild in their habitat, but with some assistance of rangers and guides, mostly the Orangutan can be seen.
Rungan River Orangutan Islands at Central Kalimantan is an other good spotting place for semi wild Orangutans, a bit north of Palangkaraya City, cruising up the Rungan River.
Samboja Lestari Sungai Wain Reserve at East Kalimantan is a rehabilitation center with about 200 Orangutans from the Wanariset Rehabilitation Center, easily to reach from Balikpapan in less then a hour. Pulau Bawan in Berau area near Derawan Archipelago, is part of Lesan forest reserve as a virgin jungle area where orangutans and other wildlife species can be seen.

Orangutans have short bowed legs and long strong arms. Orangutans have about 2/3 the size of a gorilla, and are covered with long reddish-brown hair. Orang Utan males have large cheek flaps which get larger at ages. They are similar to humans, including hearing, sight, smell, taste, touch, hands and feet, they have four long fingers plus an opposable thumb. The arm span can be more then 2 meter. Their body weight is between the 50 and 90 kg and they are omnivores (eat both plants/fruit and animals). They like to eat fruit, leaves, seeds, tree bark, plant bulbs, tender plant shoots, and flowers. but also eat insects and small animals as birds. Orangutans drink water that they have collected in the holes between tree branches. Orangutans can but rarely walk, they do not swim. Their age can be up to 50 years, and live in Tropical Rainforest. There is a small difference between the Orangutans from Borneo and Sumatra and can be separate in three subspecies, the Pongo pygmaeus pygmaeus and Pongo pygmaeus morio From Borneo, with a more round face and dark red and black fur, and the Pongo pygmaeus abelii From Sumatra, with a bit narrow face and paler hair, but genetically they are similar to interbreed.

Orangutans are intelligent Apes. They using objects as tools, such as for example, leaves as umbrellas to keep keep their self dry from the rain. They also use leaves as cups to drink water from.

Orangutans live alone and need large territories in order to get enough food. The female and male orang utan just stay together during mating time for a few days. The Baby orangutan will stay with its mother untill about seven years of age.
The orangutans move every day and construct a new "nest" in the tree branches for the night where they will sleep. The nests are made out of leaves and branches, and will only be shared by a baby orangutan during the mothers nursing period. If Rain will fall down, then they make the nest with a roof from leafs, as protection to become wet. The best hours to spot Orang Utans are in the moring till about nine o'clock or late afternoon, as they often take a nap at mid-day.
Males have a large throat sac that lets them make these loud calls, and are capable of to make loud calls to claim his territory, and call females.
Orangutans in the age of seven years and older are capable to reproduce itself, the Females pregnant period is about 9 months and mostly give a birth to a single baby.
The biggest threat to the orangutan is a human.
Orangutans now are endangered species. Their numbers decreasing quickly as their forest habitat, beside the orangutans are caught and sold around the world as pets.