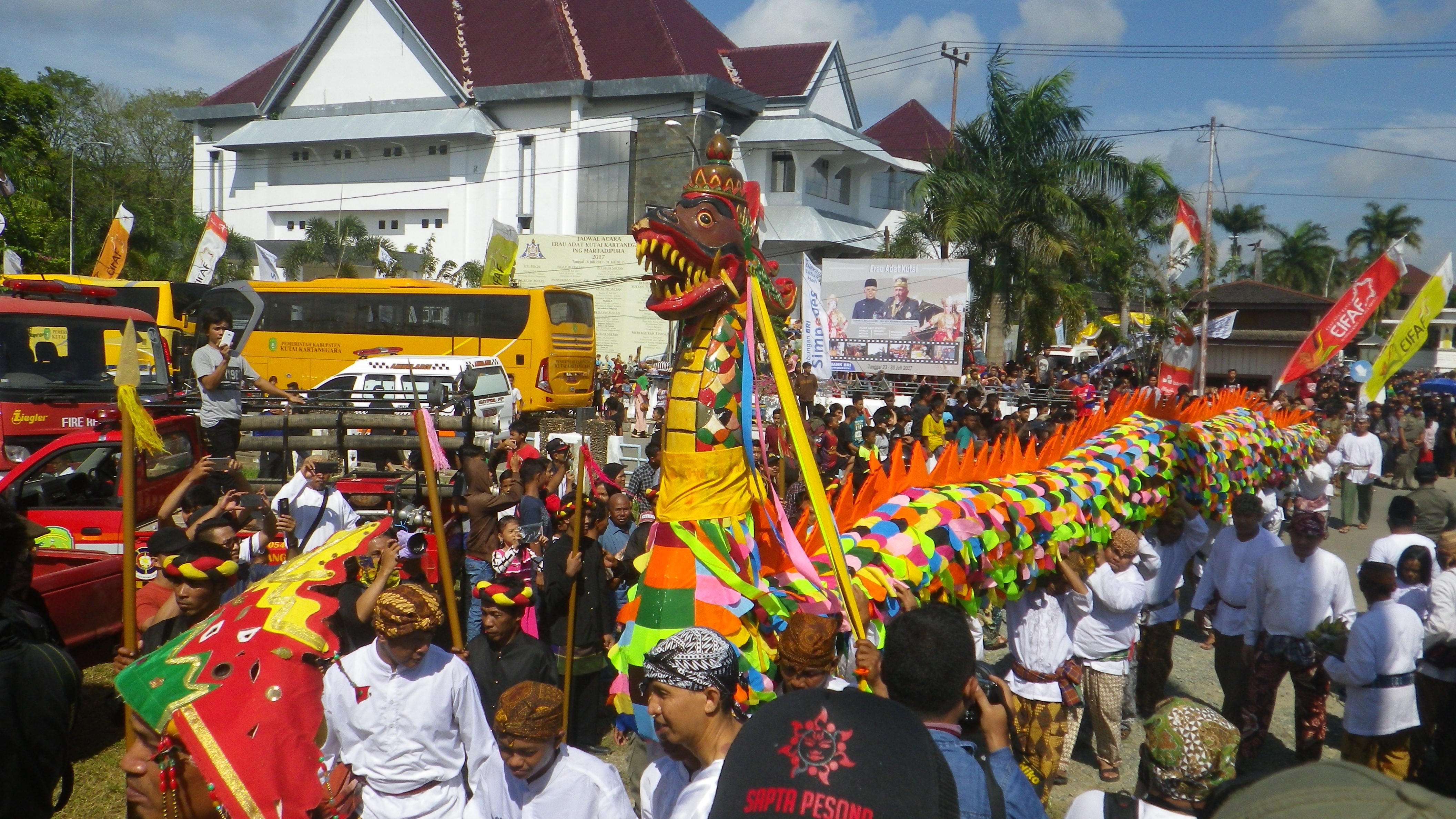 The Most Spectacular Cultural Event in Kalimantan

There are various other rituals and ceremonies designed to mark important events, too numerous to mention one by one. Erau is usualy held at Tenggarong East Kalimantan, Indonesia from 22-28 September each year, an international festival with recommendation of UNESCO.

Erau Paray is a ceremonial feast of the Kutai Kingdom. It starts with the worship of the ancestors and the offering of thanks. Many Dayak Tribes will show here their kind of culture and ceremony style.

The first Erau ceremony was held by Sultan "Aji Batara Agung Dewa Sakti" at around 1305, since then the Erau Ceremony is held each appointment or replacement of the Sultan Kutai Kartanegara.

In its development during the years, the ceremonial ritual of Erau of replacement of the King, or also for the title of King of the leaders or community leaders who are considered to render the Kingdom.

At a Erau Ceremony, all citizens come from all corners of Kalimantan with the provision of food, livestock, fruits, and also the artists.

After the end of the period of the Kingdom of Kutai in 1960, the area has autonomy and is called "Kutai Kartenegara Regency".

Now-a-days Erau tradition is still a party of the people and culture, and became a routine festival to celebrate the anniversary of the city Tenggarong ( 28 Sepetmber 1782 ), Erau is held almost each year between 22-28 September.

Bob Jenggeu is the ceremony of the Medang tribe in the Muara Ancalong and Muara Wahau district, Kutai regency, which is accompanied by other rituals such as Uding, Dang Tung, Ne Legur , Ne Lei, Ne Blok and Nam Bleu. Also held are traditional sporting events as well as dances such as the Jong Nyelong, Ngeway and Ding Suk.

The Erau Hudeg or Hudeg Feast is a ceremony performed by the Bahau tribe in Long Iram and Long Bangun, Kutai regency – where is this? This feast is held after the harvest season as an expression of gratitude. It lasts for several days and is accompanied by traditional dances and sporting contest.

The Tepung Mawar ceremony is held at the same time for girls entering adulthood to ensure that they will get good, honest and responsible husbands.

Newly born babies are given names.
The highlight of the Dangai ceremony is a wrestling contest between men, which takes place on rotten rice spread on banana leaves. While the match goes on, women dance and sing in a circle around the arena, stamping their feet all the while.

Palas Tahun is the thanksgiving ceremony of the Malayu Kutai tribe in Muara Bengkal, Kutai Regency, East Kalimantan. It lasts for three days and three nights, and is accompanied by traditional dances and sporting events.

Pangkon originated from the Kutai Sultanate. It is held in addition to the tribal Erau feast to honor the guest.