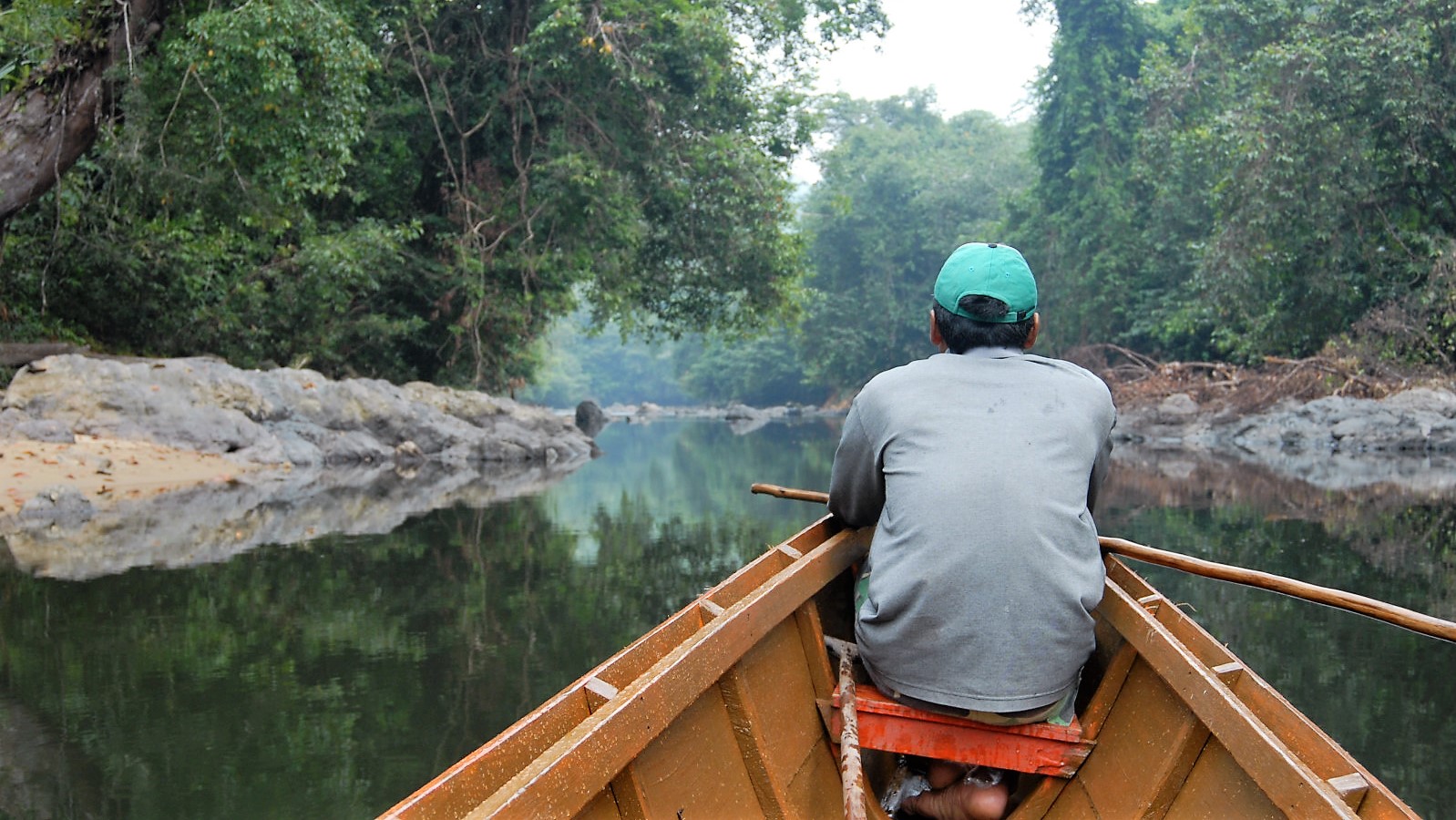 The longhouse at Tumbang Malahui, in the Rungan district with its length of 30 meters and walls of tree bark give an expression. In front of the Longhouse a sandang statue can be found.
The place can be reached from Palangkaraya overland up to Tangkiling, then over the river to Timbering Jatuh, Rungan district to continue to Timbering Malahui, which takes about two hours. A trip from Tangkiling to Timbering Jatuh, takes 10 hours by klotok boat and three hours by speedboat.
An old boat, or banama, believed to have once belonged to the Banjar kingdom, is found on the Parigi river, a tributary of the Kahayan, at Kantan, Pandih Batu, Kapuas regency. The length of the boat is 30 meters and the width eight meters. Other antiquities can be found around.

Main Interest & Tour Activities :
Kaja Island visit by canoe cruise the Rungan River to spot orangutans in the wild, with Jungle trek at Mount Tangkiling, or in the upper reaches of the Kahayan river, Rungan River and Katingan River, a sandung and a sapunduk, wooden structures in which the ashes of the dead are kept. Sapunduk is a statue which serves as pillar. This pillar is also used to tie buffaloes during certain ceremonie. The longhouse at Tumbang Malahui, in the Rungan district, was built in 1911 by Ongko Uwan, together with six of his relatives and son-in-law, assisted by 400 workers. The length of the house is 30 meters. The walls are made of tree bark, and the pillar is called bakas or sulung.

Tour Duration :
Recommended visit time for Palangkaraya is 1 day, for Kahayan,Katingan, Rungan River is 3 till 6 days.